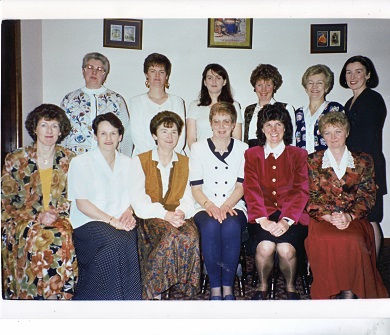 There was no winner of the Crossmolina Deel-Rovers GAA Club Lotto Jackpot on Saturday night 31st of August 2019. The numbers were 11, 17, 21, 30, three punters matched three, Pat & Des Lavin, Richard Devers and Joe Keane and each win €50. The draw took place in The Thatch Bar. This week’s jackpot is €7,800. Many thanks for your continued support.

The next draw is on 7th of September in Cawleys of Rakestreet;

We had 3 teams involved on the day in the cup, the plate, and the shield. We had 2 teams that were 11 aside and 1 team of 9. The groups were the same for all teams we all faced St Marys of Carrick-on-Shannon first followed by the might of Kilmacud Crokes Dublin and our last game of the round robin was against St Marys Sligo

The difficulty in the challenge for us was competing against clubs with a much larger number of players to choose from we needed players from our U10 squad to help with the 3rdteam. Most teams there had lads that were physically much bigger than our lads but that did nothing to deter our lads from giving their all. We were delighted with the efforts of all and the never say die attitude of all players when we behind in games

One team progressed to the semi-final of the cup Competition and were once again pitted against the might of Corofin as they had come 2nd in their group. Templeouge Synge Street Dublin were the winners of that group while a very gallant Claremorris finished 3rd and the 4th team in that group were the maroon and white of Doora Barefield from Clare

We overcame Corofin in a great battle to reach the finalwhile Kilmacud emerged victorious in the Dublin derby. The toll of the hard days football was beginning to tell and our lads were out on their feet we started well and Built up a half time lead but began to falter new energy arrived in the form of 2 lads from team 2 (sanctioned by Corofin ) and that was all we needed to see us emerge as 1 point victors

Kilmeena were in complete control of this Michael Walsh Group 2 league tie against Crossmolina at Tiernans on Sunday week. The visitors lead at half time 1-9 to 0-3 Two second half  goals from Patrick Loftus and Shane McKinley gave the score board a more respectable look in the end. Kilmeena ran out 3-15 to 2-5 winners.

Naomh Padraig were comfortable winners in this opening round of the County Division 2 League at Tiernans Park on Sunday week. Three first half goals from Conor Barret Paddy Gough and Shane Loughney laid the foundation for a half time lead of 3-4 to 1-3 Richie Shelly getting the Crossmolina goal and points from James Maheady two and one from Eoin Murphy  The second half was a much closer affair with James Maheady kicked four points and Jack Naughton two points but further goals from Jordan Clarke and James McLoughlin kept the visitors score board ticking over  to leave final score Naomh Padraig 5 -8 Crossmolina 1-9

Belmullet had much the better of the exchanges in this County Division 2 League tie at a very windy Belmullet on Saturday week it took twelve minutes before the first score a Gary Boylan point from a free James Kelly and Eoin Donohoe tacked on points in between those scores Brian Benson scored for the Deel-Siders  Fionan Duffy and Cathal Barrett traded points after twenty minutes and just before the break Fionan Duffy and Cathal Barrett each grabbed points to leave the half time score 0-5 to 0-3 in the hosts favour. Fionan Duffy pointed after thirty two minutes and the next four points for Belmullet were scored by Gary Boylan in a ten minutes spell  Fionan Duffy replied with a pointed free after 47 minutes five minutes later Ryan Donoghue waltzed past a couple of defenders to score the only goal of the game and Fionan Duffy closed the scoring after a miserable for the Crossmolina men.

Crossmolina dominated this north Mayo Junior Semi-final from start to finish against a under strength Belmullet side at St Tiernans Park on Sunday week goals from Shane McKinley and David Howley within minutes of each other in the seventh minuets set the tone Belmullets Ian Togher did grab a goal from a free Crossmolina went on to lead by 2-6 to 1-2 at the break. Minutes after the restart Oisin O’Donnell gave his side a life line with a goal which was quickly cancelled out by a similar score from Conor Caden with the forwards Tommy Loftus Ian Kelly Conor Caden Fiachra Walshe John Garrett rowing in with a string of points and a further goal from Shane McKinley Crossmolina ran out 4 -16 to 2-5 winners and now face up to neighbours Moygownagh in the final at a date to be arranged

Westport were Convincing winners of the Mayo Ladies Division 2 Summer League at Rice College Sports ground Westport on Friday week. McHale/Rovers got off to a great start with a point from Rebecca Maughan with a goal from the boot Emily Murray after 12minuets. With the impressive Saoirse Ludden Tara Hastings causing the visitors defences all sorts of problems and the points stated to mount up. Sinead Walsh McHale/Rovers  tacked on three points in a four minutes spell from the17th minuet to the twentieth minuet. Westport secures their win with three goals in the last ten minutes of the half Tara Hastings grabbed two goals and Megan Nugent one to give the West Mayo side a 3-9 to 1-4 lead at the break Tara Hastings quickly added another goal four minutes into the new half to their credit McHale/Rovers never gave up two points from Sinead Walsh and another from Caoimhe Walsh  and goals from Shauna Maughan and Sinead Walsh kept the score board ticking over at the other end Westport were tacking on points for fun and ran out easy winners after a entertaining game with some great scoring by both sides. The fact that Westport were playing at a higher-grade football all year was a telling factor

Castlebar Mitchels enjoyed a much greater return on the score board from the possession in the opening half with the direct running of scorer in chief Niamh Hughes who scored 3-4 of her sides total of 4 -7 in the opening half. McHale/Rovers full forward Sinead Walsh was her sides main threat scoring 2-1 Ailish Keane Caomihe Walsh Lisa Lavelle and Amy Blake scoring the points for McHale/Rovers who were denied a couple of goals chances with great defending by the Mitchels defence when they were playing into a stiff breeze. McHale/Rovers were more of threat in front of goal in the second half and came right back into contest  and with Sinead Walsh grabbing a goal and six points and Emma Murray also added a point Niamh Hughes was Mitchels only scorer in the Second half with 2-1 to her credit and when Ailish Keane cracked home McHale/Rovers goal in the 56th minute only two points separated the sides. The Mitchels defence stood firm to deny their visitors any chance of the goal they needed to win this high scoring and very entertaining County Division 2 League semi-final

Draws 3 and 4 have taken place and we had 7 winners;

At the Executive meeting of the Crossmolina Deel-Rovers G A A Club on Tuesday night 9th July. Votes of sympathy were expressed to the Families of our club members and their relations on their recent   Bereavements. May they rest in peace