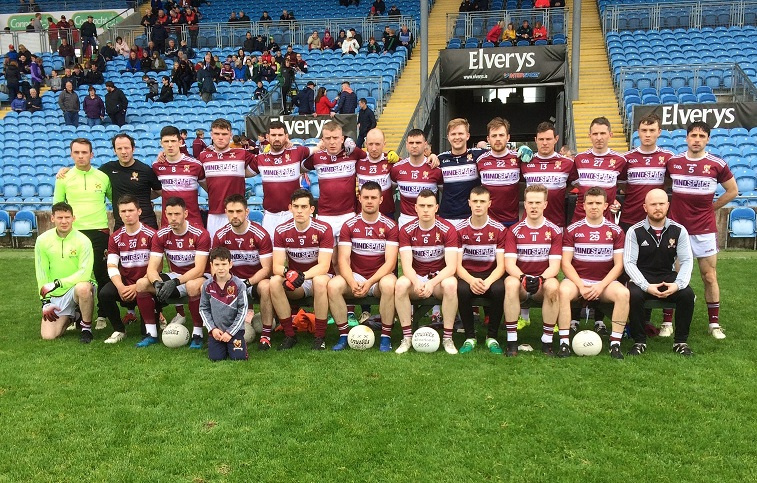 There was no winner of the Crossmolina Deel-Rovers GAA Club Lotto Jackpot on Saturday night 21st of September 2019. The numbers were 6, 19, 23, 33, one punter matched three, Noreen Reilly, and wins €150. The draw took place in Hineys Bar. This week’s jackpot is €8,350. Many thanks for your continued support.

The next draw is on 28th September in Stick’s Bar;

Congratulation to the following who were prize winners in draws 5 & 6 of Club Development draw in association with Mayo GAA. Allison and Dara Quinn Bridge St Crossmolina, Des Laing Knockagarravaun Crossmolina, Michael and Kay O’Malley Killeen Castlehill each won €200 Many thanks to all who supported the draw.

Crossmolina U13 boys scored four points win over Ballinrobe in the County U13 at Tiernan’s Park on Monday last a Shane Lynn goal after five minutes set home side in the driving seat Kobe McDonald grabbed a second after fifteen minutes Oisin Deane rowed in with three points. Conor Jennings raised a green flag for Ballinrobe Ronan Gilrane tacked on a couple of points to leave the hosts leading by a goal at the break 2 -3 to 1 – 3. Crossmolina kept tagging on points through after the break from Luke Maloney Adam Lynn Oisin Deane. David Cameron pulled a goal back and Points from Ronan Gilrane and Rory O’Connell kept the south mayo side in the game to the end Crossmolina held on for four points win 2 – 9 to 2 – 5

Some photos from the Junior game can be found here;

Crossmolina Junior Team advanced to the Semi-final of the County Junior B Championship with a one point win over a gallant Davitts side in Park sports field on Sunday Week It was tit for tat throughout with only score separating the sides at any stage a goal from Dara O’Flahartha  in the 25th minute gave the Davitts side a 1-5 to 0- 5 lead after thirty minutes Conor Caden Shane McKinley Patrick Loftus were point scorers for the Deel-Siders. Conor Caden and Liam Noone exchanged early in the new half Conor Caden again tacked on two points and Stephen O’Malley added another point after good approach work by John Garrett and Jonathan O’Boyle.  Tom Clarke Aidan Macken and Richie Kilkenny each raised white flags in between those Davitts scores Conor Caden reduced the Davitts lead to two points. With time running out Crossmolina threw caution to the wind with a high ball into the goal mouth area which was grabbed by Mark Leonard who found the in rushing Nigal Caden who picked his spot past a helpless David Mitchell and a few defenders to give his side a one point win 1 -10 to 1 -9 after a very entertaining game played in poor condition

Sunday the 8th of September saw us up bright and early as we hit for Mullingar to play in the Sean Dempsey under 12 annual tournament.

This tournament was different in many respects to some of our previous tournaments, normally we play 11 aside and play across the pitch. this was 13 aside and, full width of the pitch, and goals placed on the 20m line at each end. we travelled with a squad of 19 players, including the 2 oldest under 11s to make up the required numbers.

This was a tournament held jointly by Mullingar shamrocks and st Lomans gaa . Each venue hosted 8 teams ,2 groups of 4. playing a round robin format. the winners of the groups stayed in st Lomans and 2nd and 3rd went down to Mullingar Sharmocks ground. our 3 games were at 10.30,11.30,12.30 .1st up was Rochfortsbridge, followed by Carrick Sarsfields, and finally Lomans . . victories in these games ensured a semi-final berth at 1.30. against Shamrocks.

The adults in the group and our supporters were keeping a close eye on events in foxford. Victory in this game saw us book a final spot against the favourites Clane. these were a well drilled team that seemed to have it all, height, pace, power and skill. while the seniors were powering to victory in foxford amid torrential down pours, we were sweltering in the heat in Mullingar.

All teams agreed before matches to use the 2-play rule. but for the final Clane insisted on unlimited plays as per the competition rules. it took us a little time to come to terms with these lads but once we showed our own qua;ities . 6-point lead at half time was a fair reflection of our endeavours, second half saw them dig deep to get back into the game, but we matched them all the way to finish 6 points up.

Every player that travelled made contributions to the success. So, all that was left for us to do was collect the trophy, get a mc donalds in Longford and hit home to join the victorious seniors

Crossmolina overcame a gallant Eastern Gaels side in the county U15 League At Tiernans Park on Sunday week played in damp murky conditions after a night of rain. Both sides adapted to the conditions with the James Maheady getting the hosts of the mark with three points visitors Senon Guilfoyle scored three points and Crossmolina Eoin Murphy Richie Shelly Dara Syron replying with points each before Caolan  Boyd and Aidan Sloyan scored goals each before the break to give their side three points advantage at the break 2-3 to 0-6

Draws 3 and 4 have taken place and we had 7 winners;

At the Executive meeting of the Crossmolina Deel-Rovers G A A Club on Tuesday night 9th September.  Votes of sympathy were expressed to the Family’s of our club members and their relations on their recent Bereavements. May they rest in peace